50 Cent doesn’t seem to be the forgiving type as the rapper tried to refuse Wendy Williams entry to his party over the weekend, after years of public feuding.

The In Da Club rapper hosted the Tycoon Pool Party at New Jersey’s BarCode on Saturday where Snoop Dogg was performing.

Naturally, Wendy, 55, wanted a ticket to the hottest party in town but 50 Cent, 44, was having none of it. It seems the rapper attempted to block the talk show host from entering the star-studded bash, despite her turning up with her son Kevin Hunter Jr. in tow.

Wendy sources say she took her son to the party for his 19th birthday because he’s a huge Snoop fan, so she wanted to get him a photo with the rapper. Snoop was part of the lineup headlined by 50 along with guys like Jacquees, Fabolous and Trey Songz.

In a video posted on Fiddy’s Instagram page, Wendy is seen talking to a security guard but it’s unclear what’s being said between the two.

50 Cent wrote in the caption: ‘You can’t just show up to my PARTY if you been talking about me.

Fortunately, the TV personality was able to make it inside the soiree and later posted photos of herself enjoying her evening with Kevin and Snoop. 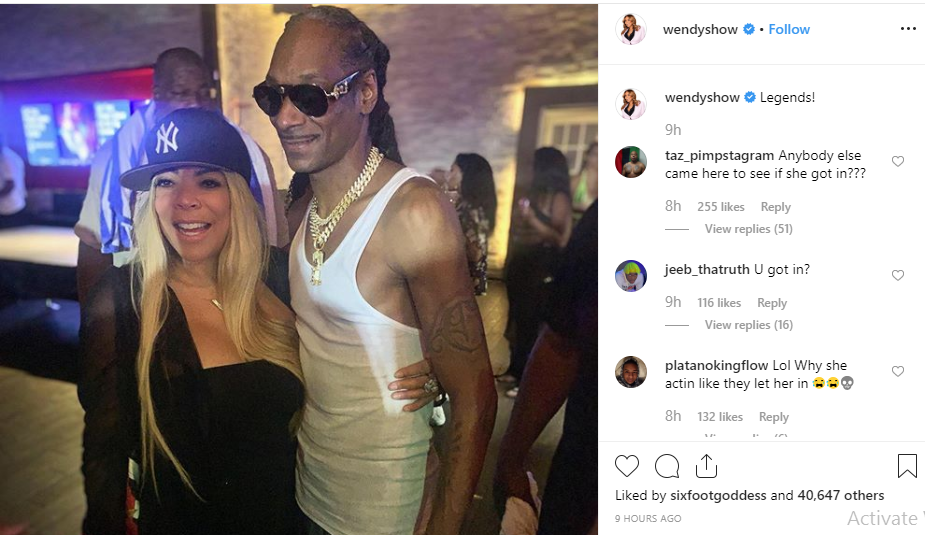 Wendy was no doubt relieved not to be turned away as she was celebrating her son Kevin’s 19th birthday.

It’s likely Wendy was unaware that 50 Cent was hosting the party but either way, the rapper has reignited their feud.

Tension between Wendy and 50 Cent has escalated over the years due to her divisive opinions on his personal life.

In 2018, their feud reached fever pitch when Wendy weighed into Fiddy’s flirty comment to Remy Ma who is happily married to rapper Papoose.

On the Wendy Williams Show, the presenter said: ‘Pap, everyone knows that you and Rem are thicker than thieves, nobody’s checking for 50 like that. Does he still like gir…,’ ending on an insinuation about his sexuality.

Fiddy hit back on Instagram: ‘This b***h, didn’t I tell her not to put me on her show till she talk about being the worlds most famous side B***H. Get the strap [sic].’

Tiwa Savage: I regret exposing my private life too much to the public

Coronavirus: China speaks on Nigerians being among 29 infected foreigners