Former Aviation Minister, Femi Fani-Kayode has warned governors in the South West states as well as the governor of Kwara state in the North Central, not to give any piece of land to Herdsmen for settlement.

Posting via his Twitter handle, FFK stated this while reacting to the Federal government’s plan to establish RUGA, Fulani herdsmen settlement across the nation.

The Federal government believes that the establishment of Ruga settlements in the country would stop open grazing by herdsmen and end herdsmen-farmers’ clashes across the country. 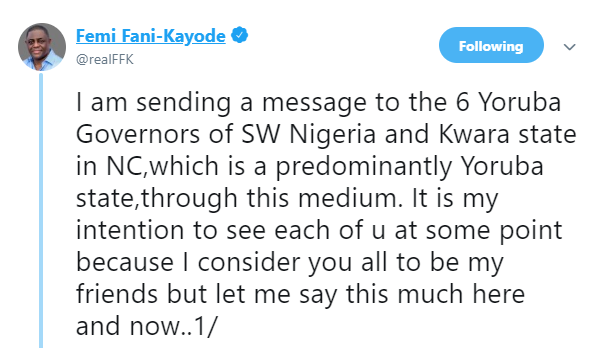 4 Parts of your body that help with weight loss

Things you must tell your girl child before she clocks twelve